This artwork called ‘supraHex’ is inspired by the prevalence of natural objects such as a honeycomb or at Giant’s Causeway. supraHex has architectural design of a supra-hexagonal map: symmetric beauty around the center, from which smaller hexagons radiate circularly outwards. In addition to this architectural layout, supraHex also captures mechanistic nature of these objects: formation in a self-organising manner. For this, supraHex is able to self-organise the input data (eg transcriptome data). In doing so, genes with similar data patterns are clustered to the same or nearby nodes (hexagons). The map distance (the hexagon size) tells how far each node is away from its neighbors, thus characterising relationships between clustered genes. Based on this map distance, supraHex is also able to partition the map to obtain gene meta-clusters covering continuous regions, as colour-coded by the ‘potato-peach-tomato’ colormap. This artwork is generated by an open-source R/Bioconductor package ‘supraHex’ (http://bioconductor.org/packages/release/bioc/html/supraHex.html). 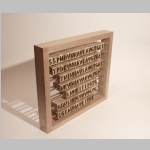 “Multiple sequence alignments were once performed manually, and even today, we still examine automatically computed alignments to check that we can't do better.” –Jim Procter This is an image of the Jalview Abacus, a sculptural attempt to visually represent the function of the Jalview protein alignment program. The program can be used to find alignments of amino acids in similar proteins. These alignments are then used to find similarities and differences between these proteins.

This object expresses the core process of Jalview in a physical space, and plays on the relationship between high tech and low tech solutions. It is a functioning abacus built by hand from wood and steel. Each row is an extract from different similar proteins (cysteine proteases) and an alignment can be found by lining up the beads of like amino acids in the columns. If it was long enough it could be used to align the entire sequence manually.

Here, we use light and darkness to represent the known and unknown proteome of structural biology. Currently, only 12% of the human proteome has been observed with experimental structure determination methods such as crystallography or NMR spectroscopy. For a further 36%, structural information can be inferred by homology modelling. The remaining 52% of the proteome is 'dark', i.e., has completely unknown molecular conformation. 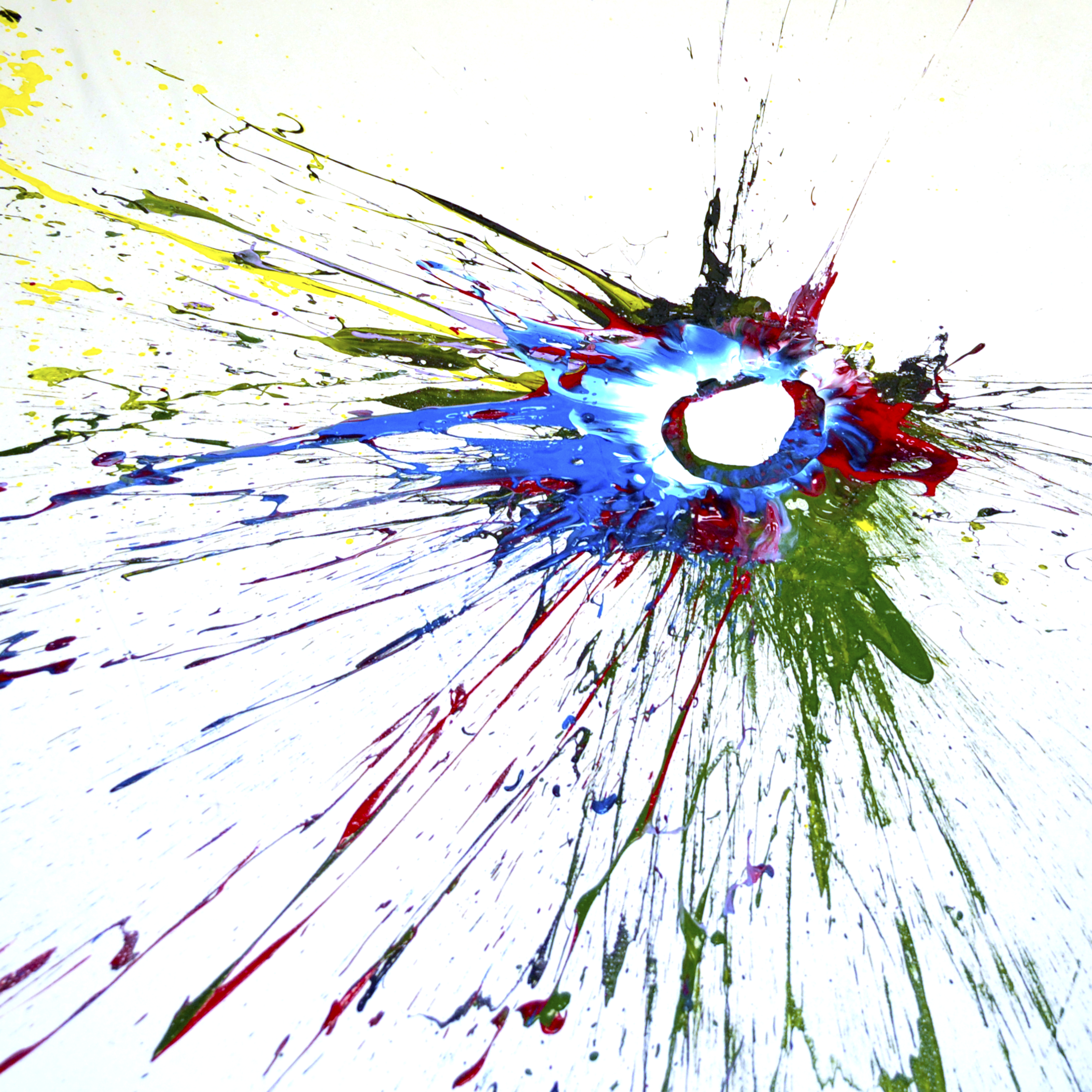 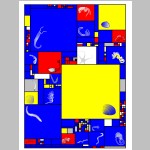 The two contrasted eyes are composed of the same ingredients and diversity of eyes, ad infinitum. The artist owns all images’ rights.

Featured at La Nuit de la Photographie Contemporaine and soon in a gallery.

As for the technique, I developed image processing algorithms to crop the eyes from the 1001faces.org project to have them automatically reassembled in this mosaic using another algorithm that optimizes the images' position according to the best matching pixel intensities. 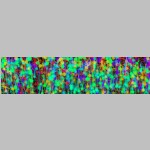 The simulation of the LSFM is performed on a physically-plausible basis using Monte Carlo ray tracing and geometric optics. The tissue model is reconstructed in a three-step process: 1) converting the morphological skeletons of the neurons into piecewise surface meshes that represent their membranes, 2) reconstructing a volumetric model of the tissue using solid voxelization and finally 3) tagging the neurons with the optical properties of the neocortical tissue and also the spectroscopic properties of different fluorescent dyes.

The slice is virtually-tagged with six different fluorescent proteins (GFP, CFP, eCFP, mBanana, mCherry and mPlum) and illuminated at the maximum excitation wavelength of each respective dye