June 5, 2016 | George Mason University -> THE STORY BEHIND THE SYMPOSIUM

THE STORY BEHIND THE SYMPOSIUM 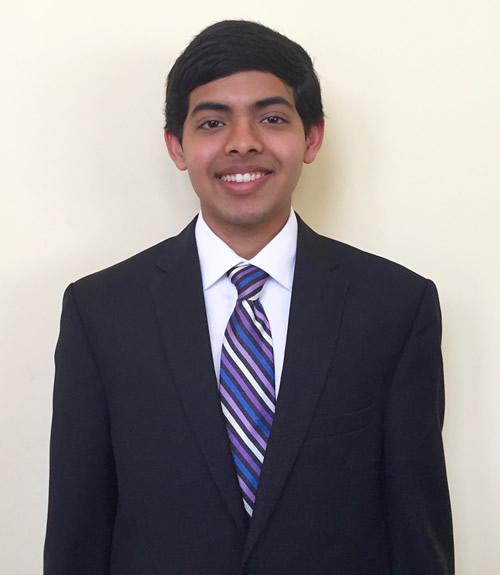 The Youth Bioinformatics symposium was inspired by a local high school student who attended ISMB, the flagship meeting of ISCB, in Dublin, Ireland.

Prathik Naidu is a Junior at Thomas Jefferson High School for Science and Technology. After presenting at various conferences and science fairs, Prathik was inspired to create the Youth Bioinformatics Symposium in an effort to share with other students about the growing importance of using computer science to study biological data. Previously, Prathik was an intern at Johns Hopkins University for two summers, where he worked on projects ranging from developing algorithms to study genetic variations in different ethnic groups to simulating antimicrobial peptides using a supercomputer. He is now particularly interested in the field of cancer genomics and has conducted research on identifying new cancer mutation patterns from large amounts of genomic data. Outside of research, Prathik is the vice-president of his school’s Bioinformatics Society, where he has led various lectures and presentations on topics in computational biology. In the future, Prathik hopes to pursue a career that combines his interests in computer science, biology, and entrepreneurship.

ISCB is grateful for Prathik's vision and passion and honored to work with him to make his vision a reality!

ISCB would also like to thank the many member volunteers that came together to help produce the symposium. We gratefully acknowledge their efforts, time, and dedication to the society and the field.