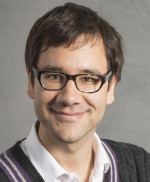 Presentation Title: Challenges and rewards of benchmarking – how to cope with a biased, incomplete, or even entirely missing ground truth


The Overton Prize recognizes the research, education, and service accomplishments of early to mid-career scientists who are emerging leaders in computational biology and bioinformatics. The Overton Prize was instituted in 2001 to honor the untimely loss of G. Christian Overton, a leading bioinformatics researcher and a founding member of the ISCB Board of Directors. Christophe Dessimoz is being recognized as the 2019 winner of the Overton Prize.

Benchmarking has often been treated as an afterthought, but many practitioners have come to the realisation that benchmarking is critical for methodological progress. It can however be challenging to identify accurate ground truth datasets, avoid confounders, and draw general conclusions from specific test sets. In my talk, I will discuss some of these pitfalls and ways to overcome them. In particular, I will discuss examples on benchmarking sequence alignments, phylogenetic trees, ortholog prediction, gene ontology function prediction—including several unpublished results.

Christophe obtained his Master in Biology (2003) and PhD in Computer Science (2009) from ETH Zurich, Switzerland. After a postdoc at the European Bioinformatics Institute near Cambridge (UK), he joined University College London as lecturer (2013), then Reader (2015). In 2015, he joined the University of Lausanne as SNSF professor, retaining an appointment at UCL, where part of his lab remains active. Since 2016, Christophe is also a group leader at the Swiss Institute of Bioinformatics