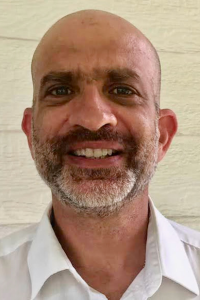 As a master's student of biochemistry, Iddo developed an interest in computational biology after hearing a seminar about proteins with similar structures but different sequences. He researched that question for his PhD at the Hebrew University of Jerusalem, and continued studying problems in structural bioinformatics in his postdoctoral research at The Burnham Institute. In parallel, he was one of the core developers of the Biopython open source toolkit. He is the founder of the Function COSI, and co-founder of the Critical Assessment of Function Annotation (CAFA) challenge for predicting protein function. He is now an Associate Professor at Iowa State University, where he chaired the PhD program in Bioinformatics. His lab's interests are too eclectic, and include metagenomics, evolution of operons, and computational tools for gene editing using CRISPR. 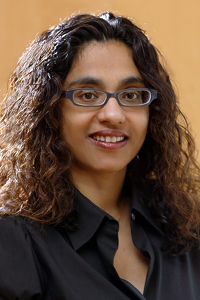 Mona Singh is Professor in the Department of Computer Science and the Lewis-Sigler Institute of Integrative Genomics at Princeton University.    Her research focuses on developing algorithmic and machine learning approaches for inferring protein interactions, specificity and networks, often from a structural perspective; for characterizing protein sequences and domains; for predicting the impact of mutations and variation, especially in the context of diseases such as cancer; and for analyzing biological networks in order to uncover cellular organization, functioning, and pathways.  She is a Fellow of the International Society for Computational Biology and a Fellow for the Association for Computing Machinery. She is Editor-In-Chief of the Journal of Computational Biology.

A. Keith Dunker studied chemistry (B.S. Cal Berkeley, 1965), physics and biophysics (M.S. and Ph.D., Wisconsin Madison, 1967, 1969), and structural biology (Postdoctoral Research, Yale University 1970-1973). After a 30-year focus on the structure and molecular biology of viruses and phages, in late 1995, at age 52, while at Washington State University, Dr. Dunker abruptly switched his focus to computational biology studies on intrinsically disordered proteins and regions, initially and still asking the following questions: Why don’t they fold? How common are they? What about their evolution and functions?  This “second career” has proved to be a rewarding experience.