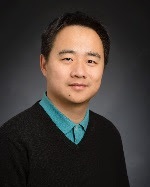 The Overton Prize recognizes the research, education, and service accomplishments of early to mid-career scientists who are emerging leaders in computational biology and bioinformatics. The Overton Prize was instituted in 2001 to honor the untimely loss of G. Christian Overton, a leading bioinformatics researcher and a founding member of the ISCB Board of Directors. Christophe Dessimoz is being recognized as the 2019 winner of the Overton Prize.

Jian Peng is an Assistant Professor, Department of Computer Science at the University of Illinois at Urbana-Champaign. Since his undergraduate degree in China, Jian Peng has pioneered the application of deep learning techniques to computational biology, including protein structure prediction, biological network analysis, and drug discovery, by developing highly innovative methods to successfully address non-trivial challenges.

Jian Peng has spearheaded some of the most impressive contributions to our field such as the application of deep learning techniques to protein contact map prediction, his invention of a novel computational framework for simultaneous dimensionality reduction of multiple heterogeneous biological networks, enabling state-of-the-art function prediction and drug discovery and the development of TransposeNet, an approach that translates discoveries from model organisms to human, for which adequate approaches did not previously exist.

Dr. Peng has established himself as internationally-renowned researcher in structure-based, genome scale prediction.