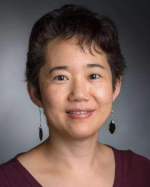 Xiaole Shirley Liu has been an innovative and prolific computational cancer biologist. Her research focuses on algorithm development and integrative modeling of high throughput data to understand the specificity and function of regulator genes in tumor development, progression, drug response and resistance. With many contributions to the field, she was a natural choice for this year’s award.

In transcription and epigenetic gene regulation, Dr. Liu has been a pioneer in using chromatin dynamics to predict trans-factors and cis-elements involved in biological processes and diseases. As a member of the mod/ENCODE consortium she helped establish best practices in ChIP-chip/seq. She and colleagues generated the first high throughput nucleosome map in the human genome, and identified the chromatin signature of embryonic pluripotency. Her work significantly advanced the understanding of the roles of many genomic and proteomic elements in cancer.