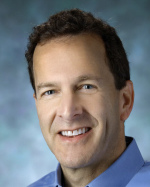 Over the past 30 years, DNA sequencing technology has created many new ways of exploring questions in biology and medicine. Early advances were driven by the Human Genome Project, but technological advances accelerated dramatically with the invention of next-generation sequencing in the mid-2000s. With each new advance, computational methods were essential to the task of unlocking the discoveries made possible by sequencing. I will illustrate this virtuous cycle with highlights in three distinct areas where both sequencing technology and computational methods have progressed hand-in-hand: genome assembly, gene finding, and metagenomics.

This talk will describe joint work with many of my students, postdoctoral fellows, colleagues, and collaborators over the years.

Steven L. Salzberg, is a Bloomberg Distinguished Professor of Biomedical Engineering, Computer Science, and Biostatistics at Johns Hopkins University, where he also is the Director of the Center for Computational Biology. Dr. Salzberg received his Ph.D in Computer Science, Harvard University in 1989.

His group’s research focuses on the development of new computational methods for analysis of DNA from the latest sequencing technologies. Over the years, he and his group have developed and applied software to many problems in gene finding, genome assembly, comparative genomics, evolutionary genomics, and sequencing technology itself, taking new challenges and developing multiple novel, high-impact computational methods, many of which are in extremely broad use.

Dr. Salzberg is one of the most accomplished computational biologists in the world today. Over the past 20 years he has created, over and over again, strikingly innovative computational methods that addressed critical needs in genome analysis. One of his trademarks has been the development of algorithms that are not only accurate but also incredibly efficient, often representing dramatic leaps forward in technology. He has also been a leader in building computational methods to make novel biological discoveries, in species ranging from viruses to bacteria to animals. All of Salzberg’s bioinformatics systems have been released as free, open-source software, and he won the 2013 Benjamin Franklin Award for Open Science for his advocacy of open-source software and of open sharing of genome sequence data.