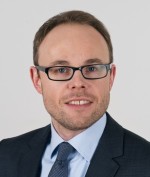 
Abstract
The complexity of the human body requires trillions of individual cells to integrate, interact, and strike the right balance between stability and plasticity. Key mechanisms underlying this extraordinary feat of self-organization are encoded in the human genome, yet there are additional levels of regulation that are operate on top of the genomic DNA sequence, collectively referred to as the epigenome.

International consortia have mapped the human genome, epigenome, and transcriptome in hundreds of cells types. These maps are now being refined by ongoing single-cell sequencing projects, which will eventually give rise to a comprehensive catalog of all cells in the human body. Contributing to these consortia and building on their data, we investigate the relevance of the human epigenome for personalized medicine, focusing on better diagnostics, adaptive therapies, and disease modeling.

We have developed bioinformatic methods for analyzing and interpreting DNA methylation data (reviewed in: Bock 2012 Nature Reviews Genetics), which contribute to their use as epigenetic biomarkers. Epigenome analysis will have an important role to play for a forward-looking and prediction-based approach to cancer therapy, which is inspired by the impact of computational methods on HIV therapy (reviewed in: Bock & Lengauer 2012 Nature Reviews Cancer).

In our ongoing work, we co-develop computational and experimental methods for epigenome, transcriptome, and multiomics profiling in single cells (reviewed in: Bock et al. 2016 Trends in Biotechnology). We have also established an assay and bioinformatic methods for CRISPR single-cell sequencing, which enables the large-scale functional analysis of regulatory mechanisms (Datlinger et al. 2017 Nature Methods), and we are applying this technology to dissect the role of the human epigenome for cancer and immune diseases.

Funding
Christoph Bock is supported by a New Frontiers Group award of the Austrian Academy of Sciences and by an ERC Starting Grant (n° 679146).

Christoph Bock is a principal investigator at the CeMM Research Center for Molecular Medicine of the Austrian Academy of Sciences. His research focuses on dissecting the role of epigenetics in cancer and on developing high-throughput technologies for precision medicine. He is also a guest professor at the Medical University of Vienna’s Department for Laboratory Medicine, scientific coordinator of the Biomedical Sequencing Facility at CeMM, and an adjunct group leader for bioinformatics at the Max Planck Institute for Informatics. Christoph Bock obtained his PhD summa cum laude from Saarland University and the Max Planck Institute for Informatics in 2008, followed by three years of postdoctoral research at the Broad Institute of MIT and Harvard, where he contributed to the NIH Roadmap Epigenomics project. He has been a principal investigator of BLUEPRINT (in the International Human Epigenome Consortium), and he co-founded Genom Austria, a citizen science project that is the Austrian partner in the International Network of Personal Genome Projects. He has received several major research awards, including the Max Planck Society’s Otto Hahn Medal (2009), a New Frontier Group grant by the Austrian Academy of Sciences (2015-2020), an ERC Starting Grant (2016-2021), and the Overton Prize of the International Society of Computational Biology (2017).