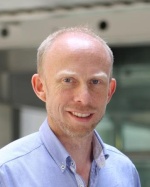 Abstract
The predominant emphasis of genomics, bioinformatics and computational biology is at the molecular scale, however many of the things we wish to understand occur at the macroscopic scale of organs and organisms: the development of a phenotype, the spread of a cancer, the regeneration of an organ. At the molecular scale, regulation of genes and proteins creates complex networks which control cell activities (division, migration, cell fate decisions, differentiation, and many others), with both an intracellular part (circuits of transcription factors) and an extracellular part (secreted ligands which move between cells allowing cell-cell communication, such as FGFs, WNTs, etc). The coordination of thousands of cells by this extended molecular network, leads to large-scale morphogenesis at the scale of tissues and organs. However, these large-scale tissue movements also feedback to the molecular scale: the movement of tissue regions relative to each other causes cells to receive dynamically changing concentrations of signaling molecules, and this in turn changes the activation or repression of genes and proteins.

A full understanding of this large-scale feedback between genes, cells and tissues will require multi-scale computer modeling, and we have chosen vertebrate limb development as a model system to explore this problem. Crucially, the data on gene expression and tissue movements should be both dynamic and spatial. Traditional high-throughput “omics” technologies do not preserve spatial information, and we therefore develop novel 3D imaging technologies (OPT and SPIM) to generate geometric and spatial data for the models. I will present results of this interdisciplinary modeling approach, which is gradually allowing us to tackle this complex problem.

Biography:
Originally captivated by computer programing, later at Oxford University James Sharpe saw the mystery of multicellular development as even more amazing: How the circuitry of gene regulation vaguely resembles electronic control circuits, but with a totally distributed control system (every cell containing the same genome, and thus the same circuit). He then trained as an experimental developmental biologist (PhD at NIMR London), moved to Edinburgh (MRC HGU) to start developing computer models of limb development (1997), invented a new 3D mesoscopic imaging technique called Optical Projection Tompgraphy, and in 2006 moved to the CRG (Barcelona) to pursue a systems biology approach to organogenesis - integrating experimentation, imaging and computer modeling.