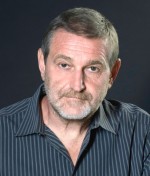 Abstract
While some experimental biologists view bioinformatics as a servant, I argue that it is rapidly turning into the queen of molecular biology. I will illustrate this view by showing how some recent computational developments brought down biological dogmas that remained unchallenged for at least three decades. Finally, I will discuss a century-old dogma and describe the recent efforts to repudiate it.

Biography
Pavel Pevzner is Ronald R. Taylor Professor of Computer Science and Engineering and Director of the NIH Center for Computational Mass Spectrometry at University of California, San Diego. He holds Ph.D. from Moscow Institute of Physics and Technology, Russia. He was named Howard Hughes Medical Institute Professor in 2006. He was elected the Association for Computing Machinery Fellow in 2010, the International Society for Computational Biology Fellow in 2012, and European Academy of Sciences member (Academia Europaea) in 2016. He was awarded a Honoris Causa (2011) from Simon Fraser University in Vancouver. Dr. Pevzner authored textbooks "Computational Molecular Biology: An Algorithmic Approach", "Introduction to Bioinformatics Algorithms" (with Neal Jones) and “Bioinformatics Algorithms: an Active Learning Approach” (with Phillip Compeau). In 2015, jointly with Phillip Compeau, he developed a Bioinformatics specialization on Coursera. In 2016, Compeau and Pevzner developed Biology Meets Programming online course on Coursera that introduces biologists to programming.